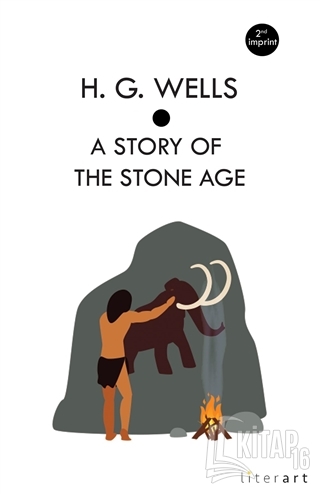 A Story Of The Stone Age

This story is of a time beyond the memory of man, before the beginning of history, a time when one might have walked dryshod from France (as we call it now) to England, and when a broad and sluggish Thames flowed through its marshes to meet its father Rhine, flowing through a wide and level country that is under water in these latter days, and which we know by the name of the North Sea. In that remote age the valley which runs along the foot of the Downs did not exist, and the south of Surrey was a range of hills, fir-clad on the middle slopes, and snow-capped for the better part of the year. The cores of its summits still remain as Leith Hill, and Pitch Hill, and Hindhead. On the lower slopes of the range, below the grassy spaces where the wild horses grazed, were forests of yew and sweet-chestnut and elm, and the thickets and dark places hid the grizzly bear and the hyæna, and the grey apes clambered through the branches.