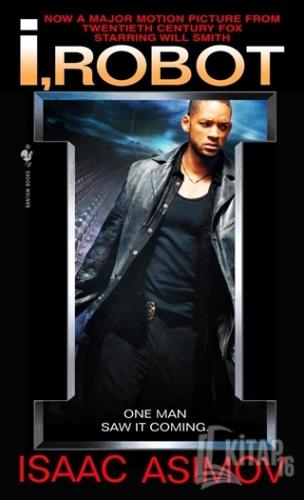 They mustn't harm a human being, they must obey human orders, and they must protect their own exis tence...but only so long as that doesn't violate rules one and two. With these Three Laws of Robotics, humanity embarked on a bold new era of evolution that would open up enormous possibilities and unfore seen risks. For the scientists who invented the earliest robots weren't content that their creations should remain programmed helpers, companions, and semisentient worker machines. And soon the robots themselves, aware of their own intelligence, power, and humanity, aren't either.

As humans and robots struggle to survive together and sometimes against each other on earth and in space, the future of both hangs in the balance. Here human men and women confront robots gone mad, telepathic robots, robot politicians, and vast robotic intelligences that may already secretly control the world. And both are asking the same questions: What is human? And is humanity obsolete?