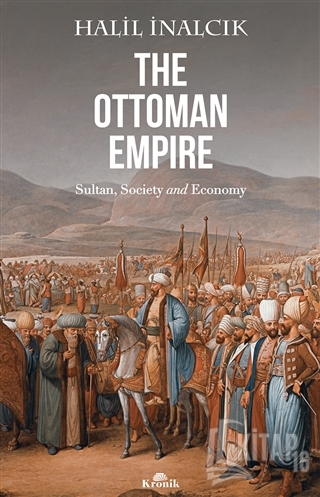 The Ottoman EmpireSultan, Society and Economy

“The Ottomans, in order to carry on a world-wide struggle for conquest in both the East and the West, were obliged to maintain all their resources in a state of permanent readiness and at the disposal of a single will.”

This book collects together İnalcık's pioneering works dealing with early Ottoman history, focusing on the role of sultan, society and economy and drawing on Ottoman archival materials.

The book first explores historiographical issues by examining prevailing views on the periodization of Ottoman history as well as the life and work of ‘Ashiḳ Pashazade. On the subject of sultans and their policies, it scrutinizes Osman's appearance as a charismatic leader in the Bithynia frontier region after the battle of Bapheus (Koyun-Hisar), as well as the decision-making process in Ottoman government. The book also examines the Islamization of Ottoman state laws under Suleyman the Lawgiver and the position of the Greek Orthodox Patriarch under the Ottomans.

The Ottoman Empire significantly traces the Islamization of the Turks in general, and the history of Islam in Asia Minor in particular; the rebuilding of the conquered city of Constantinople; the transformation of a Genoese city, Galata, into an Ottoman one; the important roles the Greek subjects of the Sultan played in the economy and finances of the empire; and how and exactly when the Ottomans established complete control of the Straits and traffic in the Black Sea.